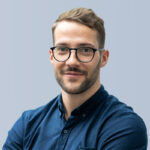 Insurance has always been an industry that relied heavily on data. But these days, it is even more so than in the past. The constant increase of data sources like wearables, cars, home sensors, and the amount of data they generate presents a new challenge. The struggle is in connecting to all that data, processing and understanding it to make data-driven decisions.

And the scale is tremendous. Last year the total amount of data created and consumed in the world was 59 zettabytes, which is the equivalent of 59 trillion gigabytes. The predictions are that by 2025 the amount will reach 175 zettabytes.

On the other hand, we’ve got customers who want to consume insurance products similarly to how they consume services from e-tailers like Amazon.

The key to meeting the customer expectations lies in the ability to process the data in near real-time and streamline operations to ensure that customers get the products they need when they want them. And this is where the data streaming platforms come to help.

In the traditional landscape businesses often struggled with siloed data or data that was in various incompatible formats. Some of the commonly used solutions that should be mentioned here are:

That means there were databases with good query mechanisms, Big Data systems capable of handling huge volumes of data, and messaging systems for near-real-time message processing.

But there was no single solution that could handle it all, so the need for a new type of solution became apparent. One that would be capable of processing massive volumes of data in real-time, processing the data from a specific time window while being able to scale out and handle ordered messages.

Data streaming platforms- pros & cons and when should they be used

Data streaming is a continuous stream of data that can be processed, stored, analyzed, and acted upon as it’s generated in real-time. Data streams are generated by all types of sources, in various formats and volumes.

But what benefits does deploying data streaming platforms bring exactly?

But there are also some downsides:

Having covered the advantages and disadvantages of streaming technology, it’s important to consider when implementing a streaming platform is a valid decision and when other solutions might be a better choice.

In what cases data streaming platforms can be used:

When data streaming platforms are not the ideal solution:

On the left-hand side, there are integrations points with vehicles. The way how they are integrated may vary depending on OEM or make and model. However, despite the protocol they use in the end, they will deliver data to our platform. The stream can receive the data in various formats, in this case, depending on the car manufacturer. The data is processed and then sent to the normalized events. From where it can be sent using a firehose to AWS S3 storage for future needs, i.e., historical data analysis or feeding Machine Learning models. After normalization, it is also sent to the telemetry stack, where the vehicle location and information about acceleration, braking, and cornering speed is extracted and then made available to clients through an API.

There are many tools available that support data streaming. This comparison is divided into three categories- ease of use, stream processing, and ordering & schema registry and will focus on Apache Kafka as the most popular tool currently in use and RocketMQ and Apache Pulsar as more niche but capable alternatives.

It is important to note that these tools are open-source, so having a qualified and experienced team is necessary to perform implementation and maintenance.

Kafka is a leader in this category as it has Kafka Streams. It is a built-in library that simplifies client applications implementation and gives developers a lot of flexibility. Rocket, on the other hand, has no built-in libraries, which means there is nothing to simplify the implementation and it does require a lot of custom work. Pulsar has Pulsar Functions which is a built-in function and can be helpful, but it’s basic and limited.

Message ordering is a crucial feature. Especially when there is a need to use services that are processing information based on transactions. Kafka offers just a single way of message ordering, and it’s through the use of keys. The keys are in messages that are assigned to a specific partition, and within the partition, the order is maintained.

Pulsar works similarly, either within partition with the use of keys or per producer in SinglePartition mode when the key is not provided.

RocketMQ works in a different way, as it ensures that the messages are always ordered. So if a use case requires that 100% of the messages are ordered then this is the tool that should be considered.

Schema registry is mainly used to validate and version the messages.

That’s an important aspect, as with asynchronous messaging, the common problem is that the message content is different from what the client app is expecting, and this can cause the apps to break.

Kafka has multiple implementations of schema registry thanks to its popularity and being hosted by major cloud providers. Rocket is building its schema registry, but it is not known when it will be ready. Pulsar does have its own schema registry, and it works like the one in Kafka.

Things to be aware of when implementing data streaming platform

It used to be that people were responsible for the production of most data, but in the digital era, the exponential growth of IoT has caused the scales to shift, and now machine and sensor data is the majority. That data can help businesses build innovative products, services and make informed decisions. To unlock the value in data, companies need to have a complex strategy in place. One of the key elements in that strategy is the ability to process data in real-time so choosing the tool for the streaming platform is extremely important.