Building An Easy to Maintain, Reusable User Interface on macOS 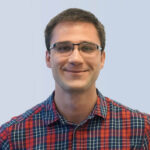 The value of the user interface

What you see inside an app is called the user interface (UI). Undoubtedly, it is an important part of every software, and it’s no piece of cake to wrap the business logic with a fancy, (self-explanatory) and efficient visual representation.

How many times in your life have you heard not to judge the book by its cover? Probably quite a few. And how many times have you left an application and never came back just because you didn’t like the design at first sight? Probably more than just a few times.

At Grape Up, we achieve a successful UI through close cooperation between our software engineers (SE) and designers. And this article is about the software engineer’s part – programming UI for the macOS platform.

Cocoa, an original name given to the Application Programming Interface (API) used for building Mac apps. It is fully responsible for the appearance of apps, their distinctive feel and responsiveness to user actions. The tool automates and simplifies many aspects of UI programming to comply with Apple’s human interface guidelines (AHIG). It provides software engineers with several tools for UI development:

Each of them gives the possibility to implement not only a fully functional, but also an incredibly useful and captivating UI. Having used all three of them at Grape Up, we could give you a comparative analysis of each tool, but we will not be discussing it here.

Why is it better to use XIBs and Storyboards?

Of course, it would be wrong to state that XIBs or Storyboards are simply better than the Custom code. Like always, there is no “silver bullet” – no universal approach or solution for every software development problem. On some occasions the Interface Builder (IB) won’t be helpful to achieve the desired appearance. However, years of hands-on experience backed up by numerous projects have allowed us to draw the following conclusions as to why it’s better to use the Interface Builder on a regular basis:

It’s easy to understand and update

Let’s say that the software engineer needs to deliver an update to an already existing container view with a number of subviews. In what case will he spend less time getting familiar with the existing solution and applying the update? When using XIB with visualized UI elements and layout constraints or when the UI is scripted in several hundred lines of code?
Another example, let’s imagine a set of very similar but still different views. The software engineer needs to extend this set with another view. In what case will he not duplicate the already existing solution and reuse it instead? These are a few examples of regular SE tasks.

In practice, most of the times you would expect the UI to be available in XIB/Storyboard, and not in the code. We can consider XIBs/Storyboards as a public high-level API which encapsulates all the details underneath. IB design will provide a better general overview as well as decrease the chance of missing something.

One of the biggest arguments against XIBs are merge conflicts. Usually, they are caused by not paying enough attention to decomposing tasks during the project. Which is exactly why we practice task decomposition, a project technique that breaks down the workload and tasks into smaller ones before the actual creation of the entire work structure. Thanks to this, we are able to save a lot of time in the long run. By using IB, you can create as much granular UI elements as you want. Moreover, this a proper way of targeting a reusable and easy to update User Interface.

Another great advantage of the Interface Builder is the fact that software engineers can get away with plenty of the so called “dirty work”, such as objects initialization, configuration, basic constraints management, etc. The UI can be implemented faster and with less code. By using IB, the engineer simply follows the rule – “Less code produces less bugs”.

It generates warnings and errors

The warnings and errors generated by the Interface Builder when working with an Auto Layout engine: unsatisfiable layouts, ambiguous layouts, logical errors. Raised issues are quite descriptive and self-explanatory. In many cases, the IB even suggests a solution. Thanks to the mentioned issues it is a lot easier to prepare a proper and functional UI before even building the application. Which would rather be impossible to achieve when programming UI in code. With that said we can say that the IB is a great tool for both creating and testing the UI.

It accelerates the development cycle

The next useful feature that is available in IB is Previews. Thanks to it, the application interface can be previewed using the assistant editor, which displays a secondary editor side-by-side with the main one. It gives the possibility to check the designed Auto Layout on the fly and also significantly reduces development cycle time. Such feature is especially helpful when supporting multiple localizations.

As we all know, during the project life time engineers leave and join the team. To make the onboarding process smooth and effective, we introduce new team members to a UI which is organized in XIB files or in Storyboards. As a result, they are given a complete overview of the application’s functionalities. After all, we all know how the saying goes– “Human brains prefer a visual content over the textual one”.

XIBs and Storyboards extended use cases

Is there a better way of organizing your User Interface designs than just keeping them in your Resources folder? Of course. Why not organize them in a library or a framework? Having a UI framework with all the custom views (XIBs) along with controllers to manage them can be quite convenient. After all, having UI elements in visual representation and keeping them atomic enough guarantees extensibility, manageability and reusability. For those that work on big, stretched over time projects it might be really useful.

The modern world is all about information and the ways of transferring, processing as well as selling it. Why bother yourself with some boring symbols if there already are more fascinating ways of dealing with it right around the corner? The Interface Builder delivers a quick, convenient and reliable way for programming your UI. So, let’s save us some time for a mutual discussion.