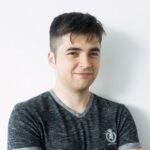 While Java 10 is said to be the new kid on the block, rumors about 11 are already spreading fast. Now, let’s be honest: how many of you have made the upgrade to J10? I can bet that the majority of us are still sticking with the good old 8. And do you remember the story with Java 9? It became obsolete in just 6 weeks! With the release of Java 10 on March 20, 2018 and Java 11 being already right around the corner, it is safe to say that Oracle is making the move towards faster release cycles which will give us more features and abilities faster than ever. The question is “is it really a change for better?”

Why So Often, Oracle?

One may wonder about the reason behind such frequent releases. It is actually because of serious changes about Java as a platform from Oracle. First of all, the new versions are released more frequently, every 6 months, and this is called time-based release model. Before 9 we had a feature-based model and, as a result, a new version every 2-3 years. However, Oracle was facing constant criticism about the slow java evolution. On the other hand, developers had more than enough time to adapt to changes. Right now, we are left with the question „Is six months enough to assume a release is mature and stable?” Maybe instead of resolving the issue, Oracle jumped from one extreme to another?

By all means, in the light of these changes, not all developers are super enthusiastic about that as it requires a persistent migration effort. It raises many questions:

Right now, most of the software mentioned above is available for free. What if their authors decide to charge them? Certainly, they will bear some costs because of faster Java release train. Java, as a platform, had been considered as free and open up till now. And in my opinion that determined the success of Java.

What Does the Future of Java Hold?

Additionally, Oracle itself announces that updates and patches will be published for free only for the latest version of Java (it doesn’t apply to an LTS release, what I described later). If the last version is X, you have X-1 and would like Oracle to provide a security patch to you – you will have to pay. Ok, and what about OpenJDK? Well, theoretically, the OpenJDK community could release security updates, but there is no sign of this yet.

Simon Ritter, Deputy CTO at Azul Systems and Java & JVM technologies enthusiast, has recently made a statement on his blog that right now we can have all three java qualities: stable, secure and free. But things are changing, and there will come a day when we will have to choose only two.

For the purpose of this article let’s assume that Java 9 is stable now. But the last version is 10, and free security updates are available only for Java 10. So if you need to have a stable and secure Java, it’s not going to be free of charges. If you don’t want to spend money at that point, you have to choose between the following two aspects: stability (9) or security (10 with critical security updates provided).

However, every cloud has a silver lining and things do have a way of working out smoothly. For enterprises and organizations that don’t necessarily want or need to upgrade at a rapid pace, Oracle says that it will provide a long-term support (LTS) release every three years. Specific JDK versions will be identified as LTS releases, for them publicly available updates will be provided at least for three years. All other, intermediate releases (9, 10) will have updates only for six months. JDK 8 has been classified as an LTS release. The next one will be the JDK 11 to be released in September 2018. So the last free update of Java 8 for business users will be published in January 2019.

I think this is the main reason, why most of us, as I wrote at the beginning, stayed at Java 8. In a few months a part of enterprises probably will migrate to Java 11, skipping 9 and 10. However Java 11 is going to be significantly expanded comparing to Java 8. It creates a possibility that the migration will be expensive and risky. In summary: do you prefer one big step, from Java 8 to 11, or take it one day at a time with smaller steps without skipping a single version?